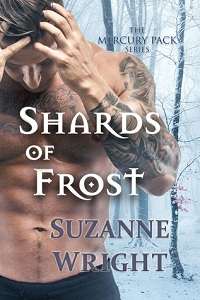 Sitting on the stool at the corner post of the boxing ring, Casey draped her arms over the ropes and took long, steadying breaths. In all the years she’d been coming to The Den, she’d never lost a fight. Not once. In fact, she’d defeated each of her past opponents in the first round. That consistency made her a favorite among the spectators who placed bets on who, and in what round, a fighter would win.

Casey could sense that said spectators were getting restless tonight. Why? Because it was approaching round three.

Go down in round three, Casey. Round three. I have a lot of money riding on this, so do not disappoint me. Don’t fight badly or it’ll be obvious that the fight is fixed—just let your opponent get some good licks in, don’t put as much strength behind your blows, and then fake a knock-out. Simple.

As the words replayed in her head, Casey caught the eye of the bastard who’d spoken them. Ignacio Rodriguez—Alpha cougar, drug dealer, and sociopathic motherfucker—was standing among the crowd with his cronies, watching her carefully.

Now yeah, okay, it was worth noting that he wouldn’t come knocking on her door for cash if her drug-addict brother didn’t do a disappearing act whenever his debt became too high. And, yeah, maybe she was stupid to keep paying off those debts for Miles. But he was her brother; if the debt wasn’t paid, Ignacio would hurt him—bad.

Shit as it was, she couldn’t go to her Alpha for help. Miles was under the protection of the pack, despite not being an official member. But if she told Adrian that Miles was once again on drugs, the Alpha would live up to his threat and withdraw that protection. Then Miles would be more vulnerable than ever. In that sense, her hands were tied.

Of course, Ignacio was fully aware of that and took advantage of it. So long as the debt was paid, he didn’t care who the money came from. Sometimes, though, she got the sense that he liked taking it from her; liked that he could push, manipulate, and corner someone as dominant as Casey—it was like a power trip for him.

This time, though, he hadn’t been placated to hear she’d pay him in instalments. No, he’d had the bright idea that she could pay off the four-hundred dollars in one swoop if they fixed her fight—which was why she hadn’t wiped the floor with her opponent the way she normally would. And in the next round, she’d be expected to fake a defeat. The thought twisted her gut.

It only made it worse that he was there. Eli Axton. Everyone in The Den knew of him, considering he was the most savage fighter there. Brutal. Pitiless. Cold as ice. He never winced or flinched or cowered. Never gave any quarter or showed any mercy. Casey loved to watch him duel.

She also loved getting a glimpse of that magnificently muscled body … Broad shoulders. Solid chest. Badass tattoos. Big hands that were probably exceptionally skilled at making a girl come—he just had that air about him that said he knew his way around the female form.

He was truly sinfully, achingly good-looking. Especially with that full carnal mouth, the sharp cheekbones, and the well-defined jaw dusted with stubble. Depending on how the light hit his hair, it could look anything from pale bronze to ash brown.

His appeal went deeper than the surface, though. Eli throbbed with a dark dominance and barely restrained sexuality that made a girl think all kinds of dirty thoughts. Then there was his air of unshakable self-assurance and how unapologetically male he was … Yeah, he sure packed a sensual punch.

Casey knew with every bone in her body that he was out of her league. Hell, he was out of her solar system. More experienced. More secure in himself. More everything. Keeping up with the amount of game he’d bring to the table would be a struggle for any female.

And now he was watching Casey through those cool, sharp eyes the color of weathered oak. Eyes so piercing, they could see through any mask or lie. She could literally feel the heat and weight of his gaze; feel it pulling at her.

She’d never fought in front of him before, and it was just her luck that he’d come to The Den tonight. She had enough pride that it rankled Casey to know he was watching her “lose,” particularly since she admired and respected him as a fighter.

“Round three!” the umpire called out.

Shit. Standing, Casey rolled back her shoulders. Her gaze flicked to Ignacio, who smirked, the piece of shit. Rage churned inside her, making her blood boil and her fingertips prickle.