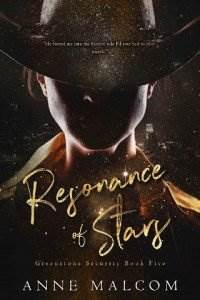 “How does it feel being the most in-demand actress in Hollywood right now? Arguably one of the most talked about and famous women in show business?”

My smile was as fake as my teeth, tits, and tan. “It’s such a blessing. I feel so lucky to be given chances in Hollywood as a woman, cast in movies directed by women. It’s been a long time coming, and I know we still have a long way to go, but it feels good.”

I made sure to speak softly, to sound unsure almost, humble. If I’d learned one thing, the media was not kind to arrogant women. Even if they had every right to be arrogant. Even if the woman in question had pulled herself from a life of poverty, beatings, dirty sheets, and empty stomachs to superstardom. Even if said woman was paid millions of dollars per movie and owned a mansion in Beverly Hills. Of course, the stomach was still empty because that’s how it worked.

I was starving right this moment. Which wasn’t outside the norm, but I hadn’t even indulged in my meager excuse for lunch. Every second of this day was spent promoting the shit out of this movie, smiling this fake smile, answering mundane questions, and counting down the seconds until I could leave. Hunger was now mingled with annoyance.

Breakfast was coffee and a cold pressed juice. My head was pounding from lack of sleep and the fucking lights glaring at me in this suite at the W Hotel.

This was my last interview. I’d been here for hours, smiling, pretending I was proud of this piece-of-shit movie my agent talked me into.

I usually made a point to be proud of every movie I put my name to, because I’d earned the right to do that. At the beginning, when I was poor and desperate, I took what I could. And I was proud of that, even if the movies were terrible. They’d got me to here.

But now, after all my hard work, I had enough money and fame to be able to pick my own movies. Apart from this movie, the one I was pushed into doing.

I wasn’t on a relentless crusade to only portray certain women or even change the way women were viewed, but I also wasn’t about to be some fucking housewife in a movie purely there for her pretty face or comedic relief.

I’d dropped the ball on this one.

The director was the darling of the industry. He’d collected many awards throughout the years for his edgy, dark films. I’d known as soon as I’d read the rambling script it was going to be a dud. Over ten years in the industry had given me that insight. I was intelligent in many ways—because if you weren’t, this industry, this world, would eat you alive—and had a knack for knowing when a crappy script would turn into an absolute disaster.

A crappy script wasn’t always the end of the world. With a good cast and an excellent director, it could be salvaged. This director was known to be excellent, but I’d never liked a single one of his movies.

Which should’ve made me more forceful with my agent when she told me to reconsider. She wasn’t usually one to try and fight me when I made a decision but there were a lot of high-profile stars in this one. There was a lot of hype. A lot of money to be made.

I didn’t relent because of the money—I had plenty of that—though I did have a sickening obsession with always making more. Nor was it about the star-studded cast. I was well past being impressed by movie stars.

The truth was, I was tired, which was not really something I should be at thirty-four. Then again, Hollywood was already preparing to try to put me out to pasture, cast me as the hot mom or bitchy boss.

I was happy to play the bitch, but I was already exhausted thinking of the fights ahead of me. Which was why I relented to the movie.

And why I was sitting here with that pounding headache, empty stomach, and ever-present smidge of self-hatred.

The interviewer was boring, from her mundane questions, right down to the mousy hair and lipstick on her teeth—which I hadn’t told her about, despite what girl code said. I’d tried it once and was labelled as a bitch because of it.

All I was thinking about was a giant martini—not because I liked them but they were the most sensible, calorie wise—two olives, and a treat for dinner. Maybe some soft cheeses. Or I’d go wild and have prosciutto as well. No bread. I hadn’t eaten bread in years.

I’d just wrapped on this movie. I’d worked fourteen-hour days, barely slept, had pretended to like all the assholes on set, and I’d be jumping straight into my next project at six tomorrow morning. I deserved one treat.