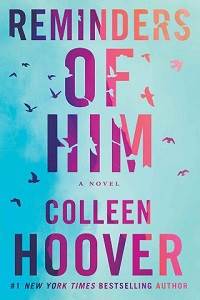 There’s a small wooden cross staked into the ground on the side of the road with the date of his death written on it.

Scotty would hate it. I bet his mother put it there.

“Can you pull over?”

The driver slows down and brings the cab to a stop. I get out and walk back to where the cross is. I shake it side to side until the dirt loosens around it, and then I pull it out of the ground.

I didn’t pay attention to the details during the pretrial. When I heard he had crawled several yards away from the car, I started humming so I wouldn’t hear anything else the prosecutor said. Then, to avoid having to sit through details if the case went to trial, I pleaded guilty.

Because technically, I was.

I thought you were dead, Scotty. But dead people can’t crawl.

I walk back to the cab with the cross in hand. I set it on the back seat next to me and wait for the driver to pull back onto the road, but he doesn’t. I glance at him in the rearview mirror, and he’s staring at me with a raised brow.

“Stealing roadside memorials has to be some kind of bad karma. You sure you want to take that?”

I look away from him and lie. “Yes. I’m the one who put it there.” I can still feel him staring at me as he pulls back onto the road.

My new apartment is only two miles from here, but it’s in the opposite direction from where I used to live. I don’t have a car, so I decided to find a place closer to downtown this time so I can walk to work. If I can even find a job. It’ll be difficult with my history and lack of experience. And, according to the cabdriver, the bad karma I’m probably carrying around right now.

Stealing Scotty’s memorial might be bad karma, but one could argue that leaving a memorial up for a guy who verbally expressed his hatred for roadside memorials could be bad karma as well. That’s why I had the driver take the detour down this back road. I knew Grace probably left something at the location of the wreck, and I felt I owed it to Scotty to remove it.

“Cash or card?” the driver asks.

I look at the meter and pull cash and a tip out of my purse and hand it to him after he parks. Then I grab my suitcase and the wooden cross I just stole and make my way out of the cab and up to the building.

My new apartment isn’t part of a huge complex. It’s just a single-standing unit flanked by an abandoned car lot on one side and a convenience store on the other. Plywood covers a downstairs window. Beer cans in various stages of decay litter the property. I kick one aside so that it doesn’t get stuck in the wheels of my suitcase.

The place looks even worse than it did online, but I expected as much. The landlord didn’t even ask for my name when I called to see if they had any vacancies. She said, “We always have vacancies. Bring cash; I’m in apartment one.” Then she hung up.

I knock on apartment one. There’s a cat in the window staring at me. It’s so motionless I start to wonder if it’s a statue, but then it blinks and slinks away.

The door opens, and an older, tiny woman stares up at me with a disgruntled look about her. She has curlers in her hair and lipstick smeared to her nose. “I don’t need anything you’re selling.”

I stare at the lipstick, noting how it’s bleeding into the wrinkles hugging her mouth. “I called last week about an apartment. You said you’d have one available.”

Recognition flashes on the woman’s prune-like face. She makes a hmph sound while looking me up and down. “Didn’t expect you to look like this.”

I don’t know what to make of her comment. I look down at my jeans and T-shirt while she walks away from the door for a few seconds. She comes back with a zipper pouch. “Five fifty a month. First and last month’s rent is due today.”

I count out the money and hand it to her. “There’s no lease?”

She laughs, stuffing the cash into her pouch. “You’re in apartment six.” She points a finger up. “That’s right above me, so keep it down, I go to bed early.”

“What utilities are included?”

“Water and trash, but you cover electric. It’s on now—you have three days to get it switched into your name. Deposit is two fifty to the light company.”