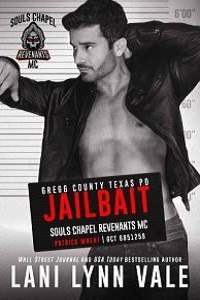 Did life ever kick your ass so bad that you drive the speed limit home with no music?

“This is the best place there is in town,” my friend, Shawn, declared.

I looked over at Shawn, then looked back at the bar’s front doors.

This place didn’t look like the best place in town. The place looked like a giant shithole.

The last thing I felt like doing was going to a shitty bar. I wanted to go to a place that would have some ladies in it that were willing. I’d been in the sandbox for nine months now, and I really, really wanted to get my dick into a woman in the worst way.

“They have good beer on tap, it’s not expensive, and I’m fairly sure that I just saw the hottest chick in the world get out of that car. Look at her coming up the walk. She’s behind that truck right now. Oh, holy shit.” Shawn groaned.

I followed where his eyes were pointed and felt like I’d taken a sledgehammer to the chest.

The woman was breathtaking.

The first thing to draw my eye was her hair. It was an almost snow white and so curly that with each step she took, her curls bounced. It was long, down to well past her lower ribs, and she had half of it tucked up into a small ponytail on the top of her head.

The next thing I noticed was her body.

But holy fuckin’ shit, I’d never seen a woman fill out a pair of leather pants quite so freakin’ well.

“Dibs,” I said quietly, feeling those words deep in my chest.

He snorted. “Let’s let her decide.”

Shawn’s words nearly made me laugh.

The last time we’d ‘let her decide’ I’d given up because Shawn was so determined. But this time, that wouldn’t be happening. There would be no giving up this time.

I looked down at my attire.

I was wearing a simple red t-shirt, worn-out blue jeans from my time before the military when I worked on a farm, and a pair of worn-out cowboy boots that had definitely seen better days.

“What’s wrong with what I’m wearing?” I asked as I started up the sidewalk toward the bar that the woman I’d been eyeing had disappeared into.

“Welcome to Happy Jacks,” the bouncer on the inside of the door said. “IDs?”

I pulled out my wallet and showed him my ID.

He gave it a once over and then jerked his head toward the door that would lead fully inside.

“Have a nice time,” he said as he moved to look at Shawn’s ID. “You sure that you’re twenty-one? You look like you’re fifteen.”

Shawn curled his lip up at the bouncer. “I’m twenty-one, man. Just turned it, actually. Glad you’re being so thorough in checking IDs at the door, though.”

We both had just turned twenty-one.

Ironically, we also both had the same birthday.

“Have a good time,” the bouncer grumbled.

I walked into the bar, my eyes immediately seeking out the blonde.

I found her at the end of the bar nearest the door that led into the back. She was belly up to the bar and sucking down what looked to be a lime and Coke.

She turned to survey the room behind her at the same time that I took a step forward toward the seat two down from hers.

Shawn was close to my heels.

But when she turned and saw two men heading toward her, her eyes didn’t go to Shawn. They went directly to me.

The straw that was in her mouth fell from her lips, and she blinked a couple of times.

She had freckles. A lot of them. Not an overpowering amount, but enough that it drew my eyes to her cheeks first, right under her eyes.

Then my gaze caught her eyes, and the breath left my lungs for a short moment in time.

My God, were they unreal.

She had a dark green eye on one side, and a half a green eye, half an ice blue eye on the other.

The top half was the ice blue part, and my gaze kept jumping back and forth to the two halves.

I hadn’t even realized that I’d come to a halt a few steps from my seat until she said, “I know. It’s weird.”