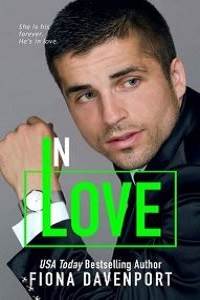 “You’re at the office?” my brother’s voice groaned over the speakerphone. I could practically see the exasperated frown on his face. “It’s six in the morning.”

“Were you there all night?” His tone was knowing rather than suspicious. He knew me a little too well. We weren't just brothers; we were fraternal twins.

Impatience bled through my tone when I asked, “What do you want?”

“Rhett, bro. You are forty-fucking-years old, a real estate mogul worth billions with an army of employees. Why the fuck do you work twelve hours a day, seven days a week?”

We’d had this argument over and over, so I didn’t dignify his question with an answer.

I scoffed and rolled my eyes even though he couldn’t see the action.

Sometimes, this twin thing was a pain in the ass. “Take your own advice, Noah,” I goaded, echoing his superior yet petulant tone.

“Hey, no one can do what I do. You’ve got lackeys for your shit,” he defended.

He had a small point, but I wasn’t going to admit it. Noah was a world-renowned heart surgeon and scientist. He’d been the catalyst for some groundbreaking research and the inventor of new surgical tools that decreased the mortality rate during heart surgery to less than twenty-five percent. Still, it wasn’t like he spent his time off wife hunting.

“Did you call just to nag me? Or is there something you actually need?”

“Mostly just to harass and annoy you. But also to tell you that the foundation needs a new research facility. I wanted to give you a heads-up because the CEO will be calling.”

“I’ll tell my assistant to put him right through.”

We caught up for another ten minutes or so until my secretary knocked on my office door. I said goodbye to Noah and waved her in.

“Blake is bringing the new interns through the office,” Lois informed me. “If you want to run away or hide, now would be the time to make your move.”

“Thanks for the warning,” I replied with a chuckle as she gave me a snappy salute before spinning around and walking out.

Every summer, Whitney, Inc. hired a group of interns to work in this building, our New York office and the company's main headquarters. It consisted of recent graduates—within the last two years—college students who needed somewhere to start in the business. It was difficult to gain experience through a job when no one would hire you without it.

On their first day, the head of the human resources department took them on a full tour of this building. My office was on the top floor and took up most of it, except for a few meeting rooms and offices for my four assistants.

It was the only day I regretted my glass walls. The kids tended to gawk, and I felt like I was in a fishbowl. After the first two summers, I had new panes of glass put in that could be frosted with the touch of a button. I was about to hit it when Blake appeared, followed closely by the most gorgeous creature I’d ever seen in my entire life.

If the rest of the interns were staring at me, I didn’t notice because I couldn’t drag my gaze away from the incredible beauty. She was facing the opposite direction, giving me a view of her long, wavy red hair that hung to the center of her back. She was short but slender with the exception of her curvy hips, round, juicy ass, and thick thighs that I got a hint of from the short hem of her skirt. Fuck, those were going to be spectacular wrapped around my head. My gaze trailed down her toned legs, and I frowned at the amount of skin she had on display. She looked stunning in her outfit, and the tease of her thighs when the skirt moved was hot as fuck. But I didn’t want anyone seeing it but me.

Then my girl turned around, and my breath stalled in my lungs.

Her emerald green eyes showed sharp intelligence, but they were also soft and kind. She had a small smile on her rosebud mouth and a cute little nose. And...FUCK. Her tits were perfect. They were full and lush, more than a handful but not too big for her frame. My mouth watered at the thought of sucking on her puckered tips.

My cock had turned to stone the second I saw her and became painfully harder as I took in all of her features. But when my eyes dropped to her wide, breeding hips, then back up to her big tits, I suddenly imagined her with a swollen belly and nipples dripping with milk. That fantasy sent all the blood in my body rushing to my cock and had me spurting a little come in my pants.