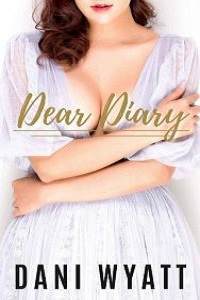 What kind of world do we live in that people pay to have their asses enlarged?

I think about that as I watch a woman with an artificially enhanced derriere bump into a waiter, sending three margaritas crashing to the black granite floor.

She laughs instead of fucking apologizing or trying to help, and I think it’s too bad they don’t have brain-enhancing surgeries. Or common courtesy infusions.

Her tribe joins in, howling like she’s just slayed the opening act at The Improv.

The poor fucking waiter shoots them a look as he rushes to scoop up the largest shards of glass before some idiot slices themselves open.

Grabbing a rag from the bar, I step over and tap him on the shoulder. “Go on, get a mop. I’ll keep an eye on this.”

Relief replaces the anger in his eyes. “Thanks…appreciate it.” He gives me a tight smile before winding his way through the crowd toward the back.

For all their alcohol-induced camaraderie, I’ve not seen one person in here treat the staff like human beings.

He’s back a few minutes later and I return to my post at the bar, wondering why there isn’t a separate cleanup staff. But then, I don’t know shit about running bars so who the fuck knows? I know a lot about running a lot of shit, but bars are not my thing.

I'm going to kill Francois for making me come here.

I seethe through clenched teeth, as the thumping bass assaults my ears.

The enormous, chromed-and-mirrored space bustles with the current Manhattan ‘it’ crowd. Everyone is so clearly impressed with themselves; taking pictures with those stupid fucking duck lips like their lives are a never ending happily ever after.

I glance at my watch. How much longer can I stand to wait?

My department store chain is hot for a piece of land in Houston for an expansion plan that’s been in the pipeline for two years. I found land that’s perfect, but the owners have been tough as fuck to deal with. I’m here to meet them once more, face to face, and convince them to seal the deal.

I’ll get my hands on that land. I’m used to getting my way. But my Chief Financial Officer, Francois, is going to be in for some shit for making me wait in the middle of this fucking circus.

Overenthusiastic idiots who think they’re the most interesting people on the planet.

I also hate people that are late. Time is precious, especially mine.

Five more minutes, then I’m out. Fuck them.

There are other ways of convincing the parties in play to sell me that land. I’ll sic my PI on them, come up with some dirt—real or perceived—plant evidence, do whatever is needed to push the issue.

Fighting dirty is the only way to fight in my opinion.

Riotous laughter sounds from the table at the end of the bar. A woman stumbles on her mile-high heels as she makes a graceless run for the restroom. A man in a crumpled suit dances alone and off-beat in the center of the dance floor.

I can’t fathom why people think a night of drinking and hooking up is a way to unwind. Waking up to pounding temples, with regret sleeping naked next to you, could hardly make for a relaxing morning.

I glare at my watch and then toward the entrance of the bar. I'm done. I can’t last the final three minutes of my five-minute commitment.

I turn to leave, but I freeze.

A girl in a lavender dress.

I note the blushed cheeks, uneasy eyes, arms wrapped around her waist.

I hate that and love it at the same time.

Her dress is girly, not overly sexy, but damn if I’ve ever seen anything sexier. She’s got this young Judy Garland circa Wizard of Oz vibe going on and it stands out in the sea of heroin-chic females surrounding her.

She’s hips and ass and tits, with cherry-pink lips pinched together like she has so much to say and no one to listen.

The words reverberate in my head, louder than the deafening pulse of the music.

My visceral reaction upends me. She’s every bit the girl I’ve imagined in my dreams for decades. Eventually I resolved that she didn’t exist except in my fantasies. But what fantasies they were.