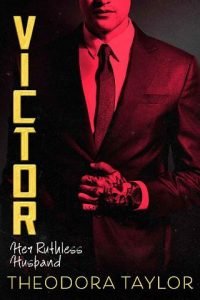 I wake up to Victor, heavy on top of me and moving between my legs.

“Did you miss me?” he whispers into my ear as he pumps into me with slow, powerful thrusts. His tone is cocky. And mean.

Still, an achy “Yes” comes tumbling out of my mouth as he fills me up again and again, touching places deep inside of me.

Yes, I’ve missed him. Missed this. Missed us.

But then I remember why we fell apart.

Why I ran. Ran as fast as I could from the monster currently overwhelming me with relentless pleasure.

“Stop…” My voice thin and weak.

But I can’t be weak. The stakes are too high.

A new wave of rage and determination swells inside my chest.

“Get off! Get off of me!” I pound my fists into his shoulders, shove at the fearsome tattooed dragon on his chest. “I don’t want this! I don’t want you!”

The scary dragon tattoo suddenly animates and comes to life.

“Do you truly believe you have a choice?” the creature asks me, its voice gravelly and low.

With that terrible question, Victor’s body becomes heavier on top of me, heavy as a concrete statue.

I try to scream. But I choke underneath his cold, concrete body. I can’t scream. I can’t even make a sound.

I wake up with a gasp, sitting all the way up in bed like they only do on TV.

Suddenly, I have a new sympathy for those made-up characters. Some dreams are so scary they fling you forward and catch you in mid-run.

My heart thrumming with terror, I cast my eyes around the dark room …and let out a sigh of relief. I’m not underneath Victor. I’m right where I’m supposed to be.

In Amber’s and Luca’s guest house. Sleeping in the bedroom they so generously provided me, since there were few other places I’d be safe from Victor, the ruthless husband I’d left a little over six weeks ago.

For ten years, I had been his prisoner as a part of his need for vengeance against my father. Technically, he was supposed to let me go on May 26th. My sentence served. But on the last anniversary of my sentence, May 25th, I skipped out less than an hour after I’d arrived for his cruel date. And did I put it past him to demand that I reimburse him in some terrible way for that?

No….no, I really, really didn’t. Not after what happened on our last anniversary, when he pulled off a total villain trifecta of shattering my dreams, exposing our secret marriage to my father in the worst possible way, and proving to me beyond a shadow of a doubt who he truly was.

But that’s all over now.

I look over at the empty pillow next to me and confirm my new reality. I’m alone in bed. And Victor is—well, I don’t know exactly where he is. I just found out a few weeks ago that his Silent Triad criminal organization was based out of Rhode Island, not New York, as he’d let me assume during our decade-long, omission-filled marriage.

I bring my hand up to rub it over my belly reflexively. And so is this baby. My heart rate returns to a reasonable BPM, and the terror from the dream begins to fade.

Even so, I feel helpless and pissed off at myself. It’s been over a month since I last saw Victor, but I’m still having nightmares.

How long will it take for me to stop having them? Until the baby comes? Forever?

Dread twists my stomach, along with dehydration… I’m shaky and thirsty after all that nightmaring.

But as I make my way down the dark hallway towards the guest house’s cozy kitchen, fear ramps back up inside of me. Every shadow is shaped like Victor. Maybe I should ask the Ferraros for a night light…

But, no… they’re already doing so much for me. Plus, I’m about to have a baby in seven more months, if my calculations are correct. I don’t want to give them the impression I’m a baby too, incapable of living on my own, much less taking care of an entirely dependent newborn.

You can do this, Dawn, I insist as I reach the kitchen at the end of the hallway. You can handle the dark.

I flip on the kitchen light. Only to gasp again.

Victor’s sitting at the kitchen table. A nightmare come to life.

Terror and disbelief cramps my belly. “What…? What are you doing here?” I demand.

This time, I know it’s not a dream. Instead of speaking out loud as he did in the nightmare, Victor raises his hands to answer my question in sign language, his preferred method of communication, since he’s mute.

Mute, but more powerful than almost any speaking man I know in real life.