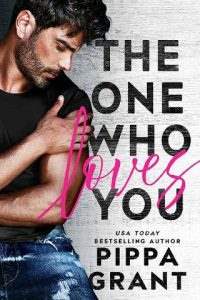 Phoebe Lightly, aka a Woman Who Should Probably Hang Up That Phone

There are three rules to being a Lightly, the first of which is Do not make Gigi wait.

Inconsequential if you break the Gigi rule.

“Antoinette. Call Oscar at La Fleur, and order the Luxe Stella orchid arrangement to be delivered to my grandmother tomorrow,” I instruct my personal assistant as my driver pulls to a stop in front of Gigi’s Upper East Side town house two minutes and eighteen seconds past the time when I could’ve had a tolerable evening. “No, make that tonight.”

“The standard arrangement, Ms. Lightly?” Antoinette asks through my earbud.

“Upgrade to the Baccarat crystal vase, and add a box of Vendetté truffles. The wasabi-ginger truffles. She likes them on fire. Like her soul.”

“Yes, Ms. Lightly. Oh, and Mr. Barrington has called six times since you left the office. He’s requesting his grandfather’s Rolex back.”

“Perhaps Mr. Barrington should ask his other girlfriend if she’s seen it.”

“I suggested that, Ms. Lightly. He was insistent he’d given it to you.”

“How unfortunate for his memory. If he calls back again, tell him I’ve misplaced six months of my life with a philandering rectal cavity, and ask if he might help me get those back in return. Mention I’m acquainted with his other lover’s husband, too, and I’d be more than happy to direct the press to the juicier part of our breakup story.” I disconnect the call and step out into the midspring evening, which would be lovely were it not for the invisible cloud of sulfur and ash swirling about the steps to the arched double door of Gigi’s brownstone. I take two steps, pause, and turn back to my driver, who’s still holding the door. “Philippe—”

Why can I never get that right? “Yes, yes. Don’t you have a daughter with a birthday coming up?”

“I’m single and relatively certain I have no children, ma’am.”

I channel Gigi and lift a delicate eyebrow.

He clears his throat. “But I’m sure one day I’ll have a daughter with a birthday coming up, ma’am.”

“Excellent. You can give her this.” I slip a Rolex watch from my Hermès handbag into the pocket of his uniform coat, smile the trademark Lightly smile, and turn to glide up the steps to face my punishment for being tardy.

Gigi’s butler swings the door open before I knock, and he wordlessly helps me out of my coat, taking my gloves and clutch as well. “Second-floor dining room, Ms. Lightly,” he murmurs. “Shall I escort you?”

“No, thank you, Niles.” It is Niles, isn’t it? He’s average height, white, shoulders a bit droopy for a butler, gray hair balding. He doesn’t look familiar. Does he? Gigi goes through butlers like my sister, Tavi, goes through B-listers, so I rarely pay attention. “No need for both of us to be incinerated on the spot.”

I steel myself while I take the curved staircase to the second-floor gallery one step at a time, picturing myself arriving on time rather than three minutes and forty-six seconds late, shoulders back, head high, refusing to reach up and verify that my hair is still smooth, my diamond earrings are still in place, and the clasp on my pearls isn’t showing.

And if you are late to meet Gigi, have a damn good excuse.

“Gigi, you look fabulous,” I say as I breeze into the dark-wood-paneled dining room off the gallery. She’s already seated at the head of the Italian marble table, her short white hair and white silk Saint Laurent button-down giving off Jane Fonda vibes, if Jane Fonda were more of an angry old white lady. Her crystal water goblet is full, her bordeaux glass half-empty, and her Limoges soup bowl steaming.

Bordeaux means she’s in a mood.

Already-served soup means I would’ve been better off lighting my own hair on fire instead of waiting for her to do it for me.

She gives me the Lightly eyebrow. “You’re late.”

“You weren’t called because I took care of it.” I smile as I take my place at the foot of the table, with eight empty velvet-backed chairs on either side and a crystal chandelier hanging from the fresco ceiling between us.

My ancestors snort in derision from their spots in their paintings along the wall. They, too, are unimpressed with my show of confidence.

“I was called about the tabloids,” she murmurs over her wineglass.

“With subtle digs about the size of his anatomy in the Post? Phoebe, dear, is that truly your best? You should take lessons from Octavia. She told the Post that her last boyfriend was off to find himself after realizing what eating meat did to his anatomy. If you’re going to insult a man, insult him in a way that puts the blame squarely on him instead of his genetics.”