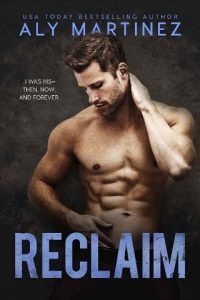 From mundane and monotonous to life-changing and unimaginable.

But regardless what that choice may be, life is lived in the consequences.

People want to believe that decisions are weighted. In theory, “What should I have for dinner?” should fall on the opposite end of the spectrum as “Should I swallow this bottle of pills?” But in reality, even the smallest decision can change the trajectory of your entire life.

“Oh God!” Ramsey yelled, scrambling across the dirt road on all fours. I watched in the rearview mirror as he paused, hovering over the bloody and lifeless body, not sure which broken part to touch first. “No. No. No.”

I wanted to care. I wanted to be flooded with guilt and regret. I just wanted to fucking feel something again. Anything.

Instead, I sat there, stunned and utterly numb.

My brother’s mouth moved, fast and sharp, but I couldn’t hear him over the ringing in my ears. With shaky hands, I tried to open the car door twice before I was successful. My chest vibrated as a barrage of emotions ricocheted inside me, none of them able to escape. All of them slicing me to the core of my soul.

Or maybe it was only the remnants of my soul, because the rest of it had been destroyed long before that starry night.

I swung my legs out, my head swirling with the high of adrenaline, and I struggled to find even one breath of oxygen.

My brother was seventeen, but he looked like a man as he started chest compressions and rescue breathing. Curiously, I wondered where he’d learned that. Then I immediately wished he hadn’t.

It was pointless though. He was dead. I didn’t have to be up close and personal to know that.

Ramsey’s panicked gaze swung my way. “What the fuck happened?”

How much time did he have?

Wood splintering into my back.

His fingers digging into my flesh.

The welcomed darkness that swallowed me as my only way to survive.

“Let him die!” I roared so loudly that it scorched my throat.

But at least I felt that.

The sound of people talking in the distance interrupted my echo, and my brother’s panic skyrocketed. Ramsey quickly abandoned his attempts to revive him and raced in my direction, but just seeing him lying there, alone and lifeless the way I would always feel, gave me a sick sense of pleasure.

I should have been crying.

Why wasn’t I crying?

I’d spent two years living in fear—nightmares, sobbing until I physically passed out, hiding behind a smile for fear people could see the filth behind it.

Maybe there was nothing left of me to give. Not even tears.

The voices got closer, and Ramsey stepped into my line of sight, blocking out that monster the way I would never be able to do.

“You gotta go,” he barked. “I’ll take care of this, but you gotta go before someone sees you here.”

He grabbed my shoulders and gave me a hard shake. “Listen to me. You have to leave. I’ll get the car and meet you back at the house. If anyone asks, you haven’t seen me. Tell them I’ve been with Thea all night.”

I could hear the words coming from his mouth, but I was struggling to process what he was saying. It was like an optical illusion: I could see the picture in front of me, but none of it felt real.

I glanced around and his car was still running, the front end smashed and covered in blood. “What if they see your car?”

“I’ll…I’ll… I’ll tell ’em I hit a deer or something.” He looked over his shoulder as three silhouettes appeared at the end of the Johnsons’ driveway. “Please, Nora,” he hissed. “I promise you this is going to be okay. But you can’t be here. If they find out what he did to you, they’ll know this wasn’t an accident. I can’t risk that. Okay? You weren’t here. Nothing happened. It was a terrible, terrible accident. End of story.” He palmed each side of my face and pressed a shaky kiss to my forehead.

That might have been more jarring for me than running over a man.

Ramsey wasn’t the most affectionate brother. We hugged on occasion, and when I was little, he’d always ruffled my hair or pinched me playfully on the side.

But he wasn’t a forehead kisser.

“Ramsey,” I choked out, the adrenaline starting to ebb from my system, a hurricane of emotions moving in.

“Please,” he whispered, his desperate and pleading brown eyes sparkling with unshed tears in the moonlight. “Just run home and get in bed. I’ll meet you there. Everything’s going to be okay.”

Okay. That was a word I recognized all too well. Not good. Or great. Or even fine. Just simply okay was a state of being for us.